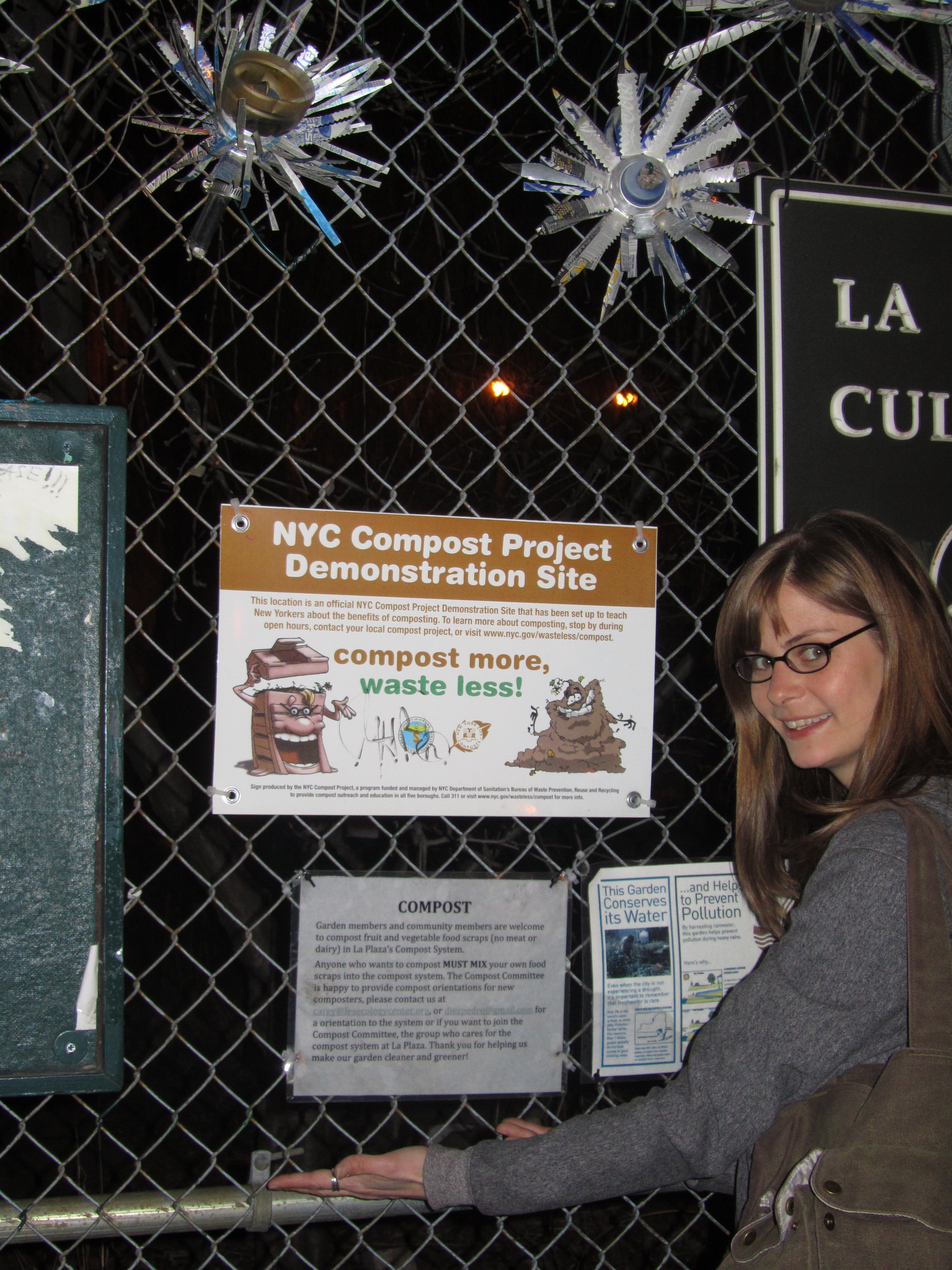 Iâ€™ve always been fascinated with the various forms of Public Transportation. Having never lived in a city that relied on someone or something else to take me from point A to B, I jump at the chance to blend in with the daily commuters and submerge myself in unlimited Stranger to Friend moments. I was fortunate to create a Friend Trip to the Big Apple for an entire week…. and New York City is a Public Transportation Paradise! Since I arrived on a Monday and all of my friends work, I literally had the city all to myself… to take on one step… and one stranger… and yes, one clothing sale… at a time! I was on a solo mission… and the possibilities were endless.

The first thing I noticed when I stepped into my first NYC subway car on this trip was the fact that literally, almost EVERYONE had ear plugs in their ears. Were they listening to music? An audio book? Or simply pretending to be consumed in anything but what going on around them. Honestly, I was fascinated! Here I was in a car (which I confirmed can fit around 240 people sitting and standing) holding on to the metal rail above, close enough to tell the time on the watch of the girl next to me… yet…. the train was silent. Not a soul was talking. Every passenger was in their own world. I thought about how many people there are in NYC and how many people you have the opportunity to meet on any given day, but it was clear, the Subway was not the spot for socializing. The fact that people go to great lengths to shut themselves off from the world and the many worlds around them (aka, the other passengers) seems to take more energy than being open to the possibilities the people to their left and right could bring to their day. I started to question my own reasons for reaching out. Before I knew it, I was having a full on conversation in my head about the fact that is appeared to be inappropriate to connect with my fellow commuters! Would they look at me funny if I extended a compliment or asked a question about the city? Would a smile speak as loud as words? Maybe a silent connection could at least spark a conversation; or it might get me an awkward glance. I made it my mission, or rather, took it on like a science experiment: Could I get someone to take out their ear plugs to talk to me- without saying a word? I was ready for the challenge!

I met Andrew on the L Train heading back to Brooklyn after a day soaking up the sunshine and shopping in the city.Â  He hopped on with only a second to spare, slipping into the small space next to me. I admit, what really grabbed my attention was his awesome plaid shirt, making him super cute.Â  I couldn’t help but want to chat it up with someone that looked so friendly… but… he had ear plugs in his ears. As he settled into his commute, I watched him take off his sunglasses and clean them with his shirt. It was in this moment, I remembered I had a lens cleaning cloth in my sunglasses case! Without thinking twice, I pulled it from my purse, gently tapped him on the shoulder and extended my offer.Â  A smile crept across his face as his took his ear plug out of his ear and graciously accepted with an Australian accent, “wow, that is very kind of you, thank you!” Ok, the fact that his was an Aussie only made him super hot.. and me more curious… and now I really wanted to chat it up! Within three stops I learned he was born in Tasmania and grew up in Perth, had lived in NYC for 9 years but planned to retire in Australia, was a member of a band, got the tattoo on his wrist in NYC was on his way to his job, bartending at The Sunburnt Cow.Â  I also shared with him why I was heading to Brooklyn, that I got a tattoo in Adelaide and that I would also happily retire in Australia.Â  As he hopped off he said I should grab my girls and come to his bar for a drink– and I told him a that I’d hope to see him later. However, in this exchange of info, we neglected to exchange names, nor did I give him my STF card! This meeting was far from complete.

I got home, told Jen the story and insisted she join me for a drink or two. What’s the harm, right? I mean, it was an Australian Bar… the fun factor was on our side! She however, was not as keen as I on the idea… but as a good friend, said she would come along. A little background on Jen, she is loves to Compost. Yes, she saves every bit of organic waste to make soil to feed her herbs and plants. She is also a member of a the NYC Compost Project! I call her my Compost Queen 🙂

Another subway ride later, we were in the West Village to grab a drink with my new Aussie mate.Â  To our surprise, we when we turned the corner to head to his bar on Avenue CÂ  we immediately stumbled upon the Lower East Side Compost Project and her face lit up! What were the odds that one of her favorite spots in NYC was right next to The Sunburnt Crow! Ah– now this journey made sense.Â  I was clearly meant to meet Andrew so that Jen would come with me and be able to share with me one her hidden treasures.Â  It made the whole trip to reconnect with the guy from the L Train, worth it!

So the night carried on. We met Andrew, who was pleased to see I found my way to his bar, ordered a couple rounds of cocktails and had a great time.Â  I then gave him my Strangers To Friends card and thanked him for taking his ear plugs out of his ears for me. He couldn’t believe it I actually had a card and chucked at the realization. He thanked me again for letting him borrow my eye cleaning clothe.. Jen and I happily found her park, discovered a new bar and met a new mate. I felt really good about my decision to tap him on the shoulder. That is usually the hardest part of meeting new people– the approach. I stepped through the little fear I had and it tuned into aÂ  great Stranger to Friend experience- for all of us 🙂

The next obvious way to meet people: The Taxi.Â  Call it divine intervention, but every guy (for whatever reason I did not have a single female driver) contributed something to our conversation that brought a smile to my face and a feeling I was meant to be his passenger. On my birthday, March 15, I hailed a man in Brooklyn to take me to my birthday dinner in Midtown. Not only was he immediately honored to escort me to my celebration dinner… but he was completely shocked when I told him my new age: 33. He was certain I was 26 (or maybe that was his way of ensuring a hefty tip!) but regardless, we got onto the subject of â€œtaking care of our bodiesâ€. I told him I was in town to run the NYC Half Marathon, which led to him asking when I started to run… which somehow brought us to the fact that he smokes a pack ofÂ  cigarettes a day! (in his defense, he had cut back from two packs) My first question was how in the heck could he afford that… a pack of cigarettes in NYC is $13 – do the math and for that price he could fly across the country every month! We talked about life, goals and dreams. I told him I also smoked at one point in my life and the only way I let go of the habit was… deciding to stop. We actually chatted a bit longer after the meter had stopped. I donâ€™t know if he will continue to smoke a pack a day but I do know that when I got our of his taxi to toast my new year of life, he was a happier man promising me he would cut back because he wanted to live longer and he thanked me for talking to him about it. You see, he and his fellow taxi driver friends donâ€™t sit around and discuss quitting because it is comfortable to them. It is a part of their day. Sometimes an outside perspective is just the thing to get the mind going about other possibilities.

One other driver touched my heart, the man that took me to meet my friend Rabiah at her office so that she and I could head to Westchester, NY to help host a Lunch and Learn at the Acorda Office. Acorda is a company that produces a drug that help people with Multiple Sclerosis and their mobility. Since Rabiah and I both have MS and were featured in a documentary sponsored by Acorrda, we were honored to speak to their employees and grateful for the opportunity to thank them all, personally, for their involvement with the MS Movement and supporting our mission to beat the disease. So, when the man asked me if I was visiting, I had the option to simply say yes, or to tell him what I was doing that day. Of course, I gave his the scoop. And… of course, his 73 year old Aunt has MS. After a conversation that covered medications, symptoms and mental well being, he turned around in is seat, looked at me and said, â€œYou deal with MS the same way as my Aunt, you think positive, you live your life and you donâ€™t let it beat youâ€ I then asked the condition of his Aunt, who was diagnosed at 30, and he said â€œshe feels greatâ€.Â Â  Hearing him say that gave me even more confidence in the decisions I have made on how I live my life with MS. A feeling like that is priceless and doesnâ€™t come across our paths every day. Itâ€™s a good thing I hopped in his taxi at that very moment and I asked him to please tell his Aunt hello and thank you for the inspiration.

Though I didn’t take a bus or ferry, I am sure I would have had the opportunity to create a connection with someone that opened my eyes to something new for the day. I believe in respecting people’s privacy and not prying into their lives, but I also believe that a lot of people are excited to share a bit of themselves if given the chance. The next time you are sharing a trip with someone on the airplane or train or taxi… introduce yourself, you never know where it may lead.