A Promise Made Possible 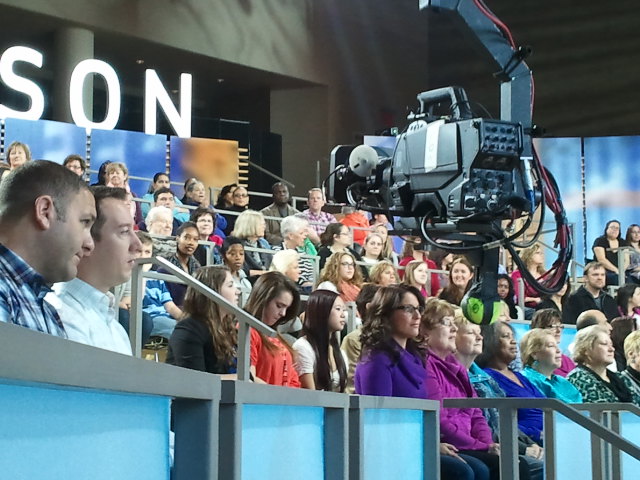 Me & James hanging out in San Diego

I always say, “People = Possibilities”. This is a beautiful example of how the journey of two strangers that met in 9th grade gym class… became the journey to two friends with a mission to share my story of MS with others.

It was 1992. Freshman Year Gym Class at Eastside High School. I was wearing blue shorts & a white shirt. He was wearing blue shorts &Â  a white shirt (picture your uniform… yikes!) BUT- this is where James Glover and I first met & became friends.Â  Over the next 4 years,Â  He & I passed “secret admirers” notes in class as our inside joke (which I guess is not so “secret” anymore) 🙂 .

We graduated. Then went to College. We literally went from Passing Notes to Exchanging Emails (funny to think this is when we all got our first email addresses!)

In 1997, while attending Indiana University, I was diagnosed with Multiple Sclerosis. Even though James was the University of Tennessee- he was ALWAYS there for me when I needed to talk about MS or any other life issue.

We continued to grow up. Our friendship grew stronger.

He and I share a passion for pushing ourselves out of our comfort zone- so by 2003, we were both living in Southern California (totally unplanned- but totally perfect) He in LA, me in San Diego. For the next 7 years, any chance we could cross paths; we did. As James’ career as a TV Producer in LA evolved from The Tyra Banks show to Dr. Phil, he’d say to me, “one day I am getting you on TV to discuss how you’ve chosen to handle your MS Diagnosis”. It seemed the more involved I became speaking out about my MS, the more James supported my mission. He promoted of all my fundraising initiatives and success stories – and IS the reason our High School friends know my story.

Do you have a friend that provides unconditional support– no matter how much time has passed or distance has come between you?

As it would turn out, James and I both moved back to the East Coast this year.Â  He to NY. Me to NC. I decided to pursue my passion Turning Strangers into Friends. He got a job as a producer for the Anderson Cooper Day Time Talk show. And again, James promised.

On Tuesday, November 29th at 9 PM I got the call… and Wednesday, November 30 at 11 AM I was Big Apple bound. Why? James, believes in me, my message and shared it with his staff. I was invited to appear on the Anderson Cooper show! The segment featured Meredith Vierra and her husband Richard Cohen, sharing their story of working and living with Richard’s MS diagnosis. Not only was I able to hear his story in person, but he of mine. It was truly incredible. This reinforced my knowing: our stories connect us all. (plus, as a TV Broadcasting Journalism Major: I heart Meredith Vieira! )

Plus, the opportunity to fly to NYC, my own hotel room, getting my hair and makeup done as if I was someone famous…really made the experience – epic.  But, the best part: knowing James love for me and my story made it happen. If I met someone on set who knew James, I made sure they knew we’d been friends since high school! Our days as “secret admirers” in the hall transformed into present day “secret admirers” of in roles we continued to play in each other’s lives.

Celebrating with James Glover and Meredith Richards, both Producers for the show.

However, this story would not be complete without mentioning Meredith Richards, the Producer to whom Jame’s pitched my story and who inevitably, had the final say as to whether I would be selected as a guest. Not only was I grateful to thank her on set… but even more grateful to meet her as a friend the night after the taping to celebrate all of our success.

This blog serves as a small gesture of my gratitude for James. Thank you for giving me the opportunity to share my story with others living with MS. My hope is someone newly diagnosed or feeling helpless hears my story & it gives them hope for their own future. But, most importantly, thank you for being the same friend to me today that you have always been, since the day we met in gym class.

CLICK BELOW and watch.. my version of “recording” my appearance!