We’re In It Together 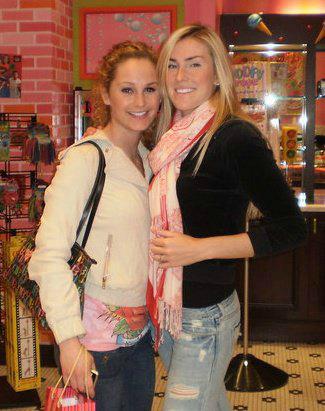 Annie and her best friend, Marissa

….but before I share the story she emailed me, I want to share with you how she and I are connected.

On the day before what should have been the 21st birthday of her best friend, Annie found herself crying and reflecting on the tragic loss of Marissa merely one month prior. Marissa had recently died in a car accident and now Annie sat alone, on a day she should have been planning a celebration with her. For whatever reason, Annie decided to Google on her phone,Â  “people who lost best friends and how they cope”… and up popped my website and the first Blog Entry I ever posted.Â  (See Happy Birthday, Margaret Stewart ). This story talks about the loss of my best friend at age 20 in a car accident too.Â  Annie wrote a comment on my page- and in that moment I knew i had to reach out to ensure she didn’t feel alone. Annie would later write to me, ” I knew I had to comment on it. I just felt the need to say SOMETHING…I felt as if at that moment I was truly being connected in some way. And even if you never did respond back, I am still happy I came across your blog. You seemed to be so real and genuine. It was just very nice to read especially being in the emotional state I was in I also lost my best friend the same way.”Â  I truly believe Annie was meant to find me and we have stayed connected ever since. And… it just so happens she lives in the same city as my Mom, so one day we plan to meet.

Now that you know how Annie and I connected, this is the story she sent me last week

“So…last night as I was walking to my friend’s car from a night of dancing, I passed by this obvious homeless man and a younger guy. When I used to live in NY and we’d go to the city there were homeless people everywhere, and my mom would occasionally give them money. However, I have been skeptical whether or not some people who do that- especially those I’ve seen in SC walk around begging-Â  are genuine. I really didn’t know. This man was sitting on the street, minding his own business, but for some reason I decided to stop.

It was pretty chilly last night, very windy, and to see this man sitting there in the cold upset me. At first I said hello and basically told him I didn’t have hardly ANY money, just some change, but I would really like to help. The old man obliged. I still was wondering, could he be sitting here just to take people’s money?? Is he really homeless? He started to tell me stories of the many jobs he’s had in his life and that he work hard his entire life, but couldn’t continue the labor he was doing. And now, he was on the street and it was too cold out..

Then the younger guy sitting near him told me that he is a in fact a teacher at the school the homeless attended many years ago. He asked me to read the back of his t-shirt which said, “we’re in it together, we’re all one.” That is when it really hit me!!! I immediately thought of you, Carlyn,Â  and your ‘Strangers to Friends’ group and how much GOOD you do for people, opening our eyes to those around us. I began to tell him as much as I know about your mission and both men seemed to be extremely interested. A friend who was with me had been standing there the whole time, and somehow ..we began discussing nationalities and ethnicity and he said, “in the big scheme of things, I don’t care , I’m just HUMAN.” And I thought to myself wow, that is so nice…such a togetherness to it.Â  I then told the guys that I honestly don’t go up to complete strangers…never, ever. but, something inside me just told me to do it.. and I listened. I guess, because deep down, I really wanted to.

Talking with those men completely filled my heart up with love. I proceeded to go through my purse and scramble up all the change I had, and gave it to the homeless man. I actually felt quite embarrassed that I couldn’t give him more.Â  However, to see his face light up was an indescribable feeling. I began to get teary eyed, at that point trying not to let them notice ( I was embarrassed!)Â  The homeless man then thanked me and told me how happy he was that I gave what I had. He told me that he felt in his heart love will come my way, that doing good for others will come back to me. That was such a special moment to me that I asked him if I could give him a hug, but before he could answer, I went for it. Hugging him made it complete.

Carlyn, you have truly inspired me, and I know many other, too, and I want to share this story with others. The little that I know about your Strangers To Friends mission – I knew I should listen to my heart and take the risk.”

This truly made my night. Thank you for what you do.