Has Social Media Changed the Art of Conversation — PART 2 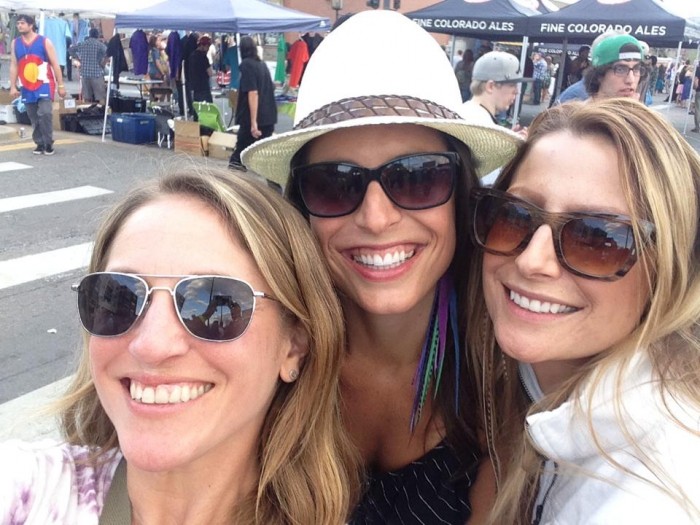 The other day I wrote a story about bumping into a friend I hadn’t seen in a year – and how being Facebook Friends influenced our initial conversation. My intention was not to cast a shadow over our ability to constantly keep our friends and family up to date on our latest endeavors but rather get you thinking about what ISN’T being said due to the amount of information we post to our people on a daily basis – check it out:Â  Has Social Media Changed the Art of Conversation

BUT– my attempt to “challenge” the Art of Conversation wouldn’t be fair if I didn’t highlight the flip side of Facebook and how it actually creates topics of conversation, rather than assumptions. You see, the VERY SAME DAY I had the AH HA moment questioning what to ask my friend knowing what she’d shared on FB, I also had another AH HA moment, and that is, sometimes social media opens the flood gates, inviting in facts on friends we would never know, or think to ask, in an initial conversation. Hence, Social Media enhances the Art of Conversation. My story goes like this…

While soaking up the sunshine and bouncing around to the beats at music festival in Denver, CO, I met a girl named Emery.Â  She was friends with the same girl I wrote about in the first blog. With feathers in her ear and smile on her face, I instantly felt drawn to start chatting with her. Having an organic conversation with a “stranger” is one of my favorite things to do. Literally. I love asking questions, learning people’s stories, exploring a new connection.Â  She happily told me the story of her recent move from Tampa, FL to Boulder, CO to live closer to her sisters. Ah- Tampa! This opened up room for me to share with her that I have a very dear friend that lived there for years and loved it! I never mentioned the name of my friend that lived in Tampa but me mentioning this opened the conversation for Emery to tell me even more about her experience while living there.Â  As the songs continued to play, we continued to dance. And then… out of the corner of my eye, I spotted a guy wearing a tie dyed t shirt that said “Ned Fest”….

Side note: I have a cat named Ned. When I moved to Denver I learned of a music festival called Ned Fest. I jokingly said that if they sell tshirts at this festival I need to go just to get one. This was my first “Ned Fest T Shirt Sighting”!Â Â  Being the Stranger to Friend Girl, of course I pushed my way through the crowd just to capture his tshirt in a kodak moment, introduced myself and exchanged a laugh. The guy loved it.Â  Once I made my way back to Emory, I obviously had to explain why I split to takeÂ  a picture of a random guy. Feeling giddy, I told her about my cat, Ned–and, that ironically, I adopted him from the very same girlfriend I’d previously spoken about, the one that loved living in Tampa! It was funny, the way the conversation continued to flow. I know this isn’t making much sense yet, but by the end of this story, it will 🙂

At the end of the festival, I was invited to hang out with Emery and our mutual friends. As we walked to their place, I realized we were headed in the same direction as my car. Since I’d gone out solo that day, it was super serendipitous that my car was parked around the corner from their condo. So, when it was time to leave, Emery offered me a ride back so I didn’t have to walk by myself. This gave us the chance to chat, listen to some good tunes and reflection the fun day! When we said goodbye, I knew somehow I would see this girl again because I wanted to be her friend. I gave her my Stranger to Friend card and told her I’d find her on FB. The next day, I friend-ed her.

Within minutes of me friending her, I received a message: “How do you know Ellen?”Â Â  Wait, what?? This goes back to my side note 🙂 You see, the girlfriend that lived in Tampa, the one I adopted Ned from,Â  was in fact a friend of mine for over 10 years, named Ellen. When initially story swapping, I never thought to mention her name during our conversation! Tampa is a big city so I didn’t think to assume she would know my friend,Â  who actually now lives in North Carolina.Â  The whole point of my last article was NOT to assume, but rather to ASK. And here I’d done exactly what I was preaching not to do, assume, but on a completely different level. But now, becoming friends on Facebook, Emery was quick to notice Ellen as a mutual friend. What are the odds, right? In learning this, we instantly had a new common connection AND this opened up even more conversation! Plus, both knowing the same person gave more insight into each other because when you share a friend, you usually share a reason to be friends 🙂

Reality is, this Social Media connection wouldn’t have happened had I not taken the opportunity to get to know Emery. This involved ASKING questions, LISTENING to her responses, LEARNING commonalities and SHARING my own thoughts to continue the conversation. Once again, this is a great example of not only Good People Finding Good People…. but that we truly are, all connected.

How many of you have a similar story of a Small World connection as a result of Social Media? I challenge you, the next time you see someone you’d like to meet, whether their smile or their tshirt grabs your attention, take the opportunity to introduce yourself, to ask them about themselves, to share a story or two. You never know where this conversation will lead.